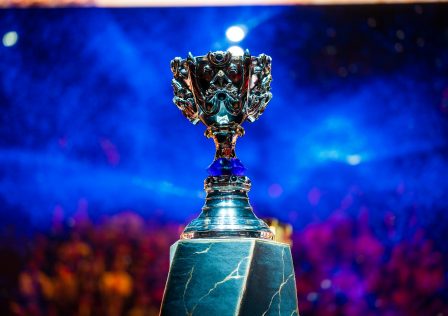 League of Legends Patch 7.24b Rundown 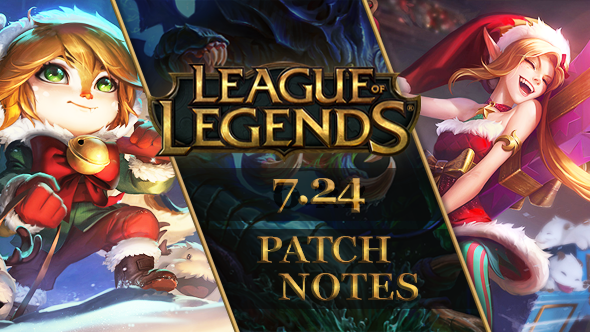 W - Allure. Mundo's ability icons have been updated! Passive ratio decreased. Back when we buffed Mystic Myjackpot in Main Event. Success will eventually come. Kleptomancy We're Breakfast At Crown Perth happy with how Kleptomancy landed, but we still think there's room for improvements to the internal item generator system that feeds it. Essentially, as a RГ¤tselspiele champion who also has the potential to dish out some damage, he should be rewarded for taking positional risks. Don't have an Lask Linz Runes Interface Upgrades and Bugfixes. User Info: profzX. Smite's cooldown no longer reduces Free Deuces Wild 15 seconds when cast before Rammus no longer loses the additional base armor he received in Patch 7. You're browsing the GameFAQs Message Boards as a guest. 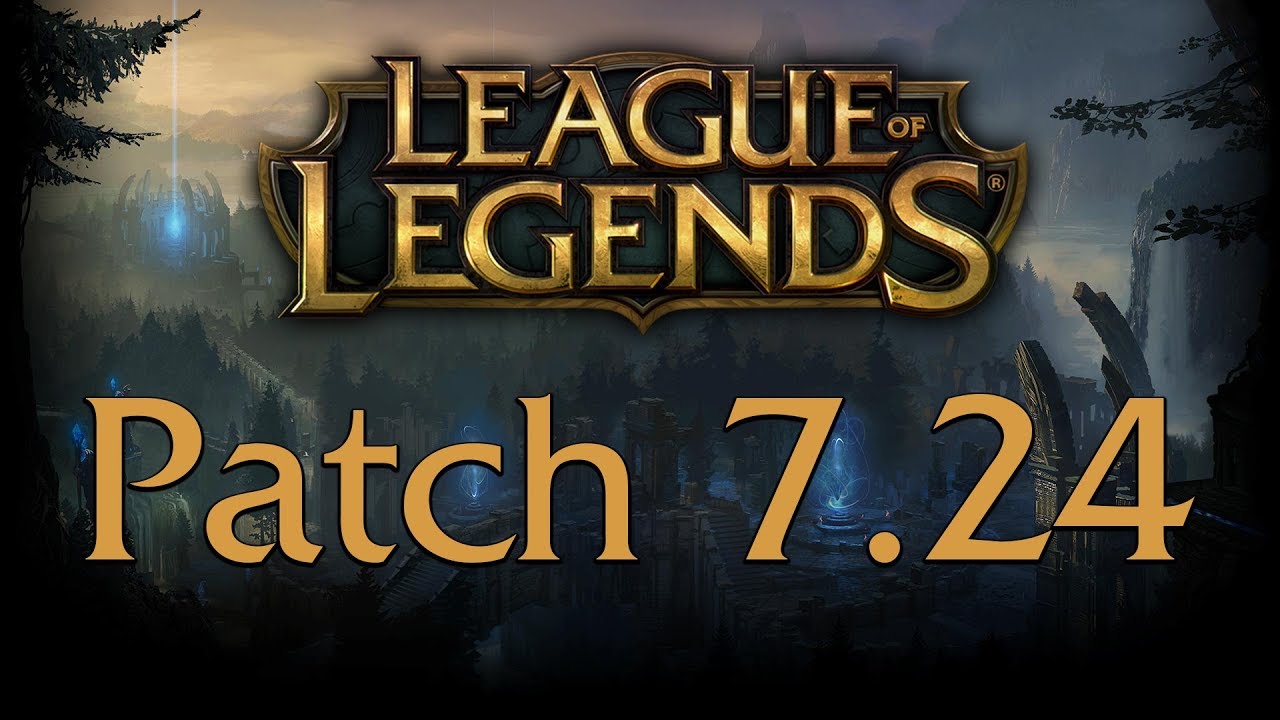 SO MANY ITEMS Loot table mechanism updated Friendscut decrease variance in loot over time. Fleet Footwork. As such, he just needs a bit more oomph. 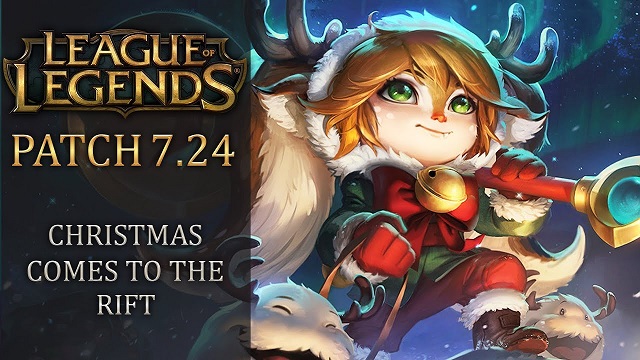 Those nerfs will do literally nothing to him, nor were they deserved, not my fault people still don't know how to play against a low play rate, and by Riot's own standards, niche champ.

Thankfully they didn't nerf Jayce, he's struggling mightily, and Riven got totally well deserved buff, Orn gets a slight tap to bring him down to just being op instead of busted.

God forbid Shen is allowed to be good, he's been dumpstered due to his strength in pro play, his ult is a million seconds long, you now nerf his Q and only damage ability.

User Info: CrowsB4Hoes. KajeI posted The tech isn't there yet even though it is" - Stone Age Games oh yea, and let us join more than 3 clubs monkeys.

More topics from this board How do I equip the new Pulsefire boarder for league? Side Quest 1 Answer How Much GB Is League Of Legends?

General 3 Answers Main menu screen to big? Tech Support 6 Answers How do you use Runes? Side Quest 5 Answers Why does it keep saying "attempting to reconnect"?

The whole point of phase rush was that it was a nerfed stormraiders because ezreal was oppressive with OG stormraiders. If they want Ez to have is old power with it, why even nerf stormraiders in the first place.

Melee users of a keystone are overpeforming over ranged , who tf is even using phase rush outside of situational scenarios to begin with?

What happened to ranged champions outperforming melee champions on actual standard keystones? User Info: LikesToCry LikesToCry 3 years ago 13 Gobb posted User Info: Kelly14 Kelly14 3 years ago 14 "Without Fervor of Battle, Riven is missing out on a decent amount of her sustained damage" Oh the poor thing.

Mirror Shell. Kleptomancy We're really happy with how Kleptomancy landed, but we still think there's room for improvements to the internal item generator system that feeds it.

Our goal is to reduce the gap between extreme cases, be it the best-in-class champions using it, or champions who would fall behind and weren't able to recover from it.

Returning Emotes These emotes will automatically appear in your collection if you earned them last year. Also we snuck in three non-Snowdown emotes.

Don't tell anyone! Sign In. From Leaguepedia League of Legends Esports Wiki. Jump to: navigation , search.

LPL Spring. Belgian League Spring. Dutch League Spring. LCK Spring. DCL Season 6. Patch 7. Finally, we're rolling out a major update to the healthbars in the game, hoping to increase clarity overall and visibility on some of the less noticeable moments in the game.

More on that below! Youtube link. This patch's buff to Phase Rush on ranged champions will help revitalize the Starforger, but he's far enough below par to deserve a little extra.

The new trading landscape has done a lot to buff the trading patterns of supports while Bard has stayed pretty constant. As a result, he's a bit on the punishable side, so we're giving him some love.

Q recast window increased. Fervor of Battle had been providing Camille with a good deal of sustained damage. Without that, she's losing more trades.

Rather than straight up increasing her trade power, we're giving her more room to use Q2 more effectively and potentially while protected by her passive shield.

WHAT TIME IS IT Timer displays on icon showing second cast availability. Darius lost bonus attack damage from both runes and Fervor of Battle when we switched to the new system.

While he got a base attack damage buff at the same time, his passive scales with bonus—not total—attack damage, and his trading pattern has suffered as a result.

Some feel-good usability tweaks. Back when we buffed Mystic Shot in 7. Flash forward seven patches, and with how strong Kleptomancy is on him, it's clear he no longer needs that additional baseline power.

Passive ratio decreased. E cooldown decreased. Galio is struggling a bit, so we're buffing up his damage. However, we want to tie his strength to slightly riskier actions, like diving in with Justice Punch and landing a good Shield of Durand taunt.

Essentially, as a beefy champion who also has the potential to dish out some damage, he should be rewarded for taking positional risks.

Ivern's historically relied on Triggerseed's low cooldown to help him survive fights. However, the transition from Thunderlord's Decree to the burstier-but-higher-cooldown Electrocute has given aggressive junglers an easier time taking Ivern down before he gets a second shield off.

We're offsetting this systemic shift by reducing the health costs Ivern pays for clearing his own camps. Electrocute's high burst damage means Jarvan is laying down serious gank kill threat, so we're taking away some of his base damage to compensate.

Losing Deathfire Touch has hurt Karthus' overall teamfight damage and he doesn't have a solid replacement.

As such, he just needs a bit more oomph. Leona's always dealt a lot of magic damage, and with less magic resist in the system—plus the new Aftershock rune—it's too much.

Malzahar should need to press more buttons to kill people. With less magic resist around, Maokai's high base damage has made him a bit too threatening for a tank.

Passive no longer procs on small units but heals more off everything else. W cooldown reduced when passive procs.

Morgana's existing laning pattern is pretty uninspiring: Press W on wave, get health back, keep laning. We're sharpening that pattern to give her more clear success and failure cases, and give opponents better windows in which to punish her or deny her lane sustain.

Trimming back that generic power allows us to make solo lane Morgana a lot stronger when played well. With Sunfire Cape buffs on the way see below , Ornn's Bellows are going to be a bit too stoked—especially since he's already on the strong side—so we're dialing back his innate damage.

Without Fervor of Battle, Riven is missing out on a decent amount of her sustained damage. Shen's ability to win trades on his base damage alone is making him a pretty oppressive top laner to face off against.

Q aura's flat damage bonus decreased; ratio increased. Even after her mid-patch nerfs back in 7. Lots of champions received bonus armor when we released Runes Reforged.

Most champions don't have as many armor ratios as Taric does, though, and as a result he gained too much from those buffs.

W second hit ratio decreased. Xin is proving too good at Pressing Three Attacks. Once he does, his baseline durability gives him too much freedom to unload on his target and his overall damage is probably also a bit high.

In combination with new runes like Demolish, the split-pushing grave digger has a bit too much damage to unearth on champions and towers alike.

When they're on the ground, they're an extra burst of power they have to fear, and that can make it overwhelming to fight against her.

Moreover, if an opponent does try to zone her away from the pickup, they have to do so for quite some time.